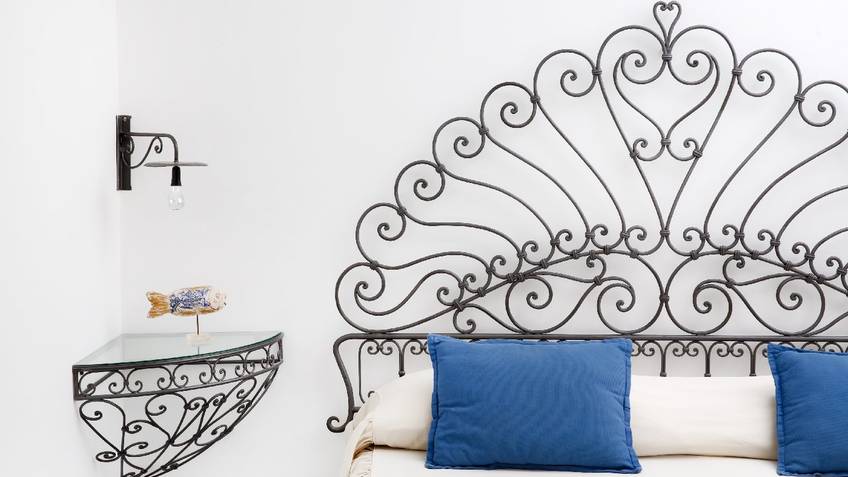 Or request an estimate

Or request an estimate...
Are you looking for something else, or need an estimate? Request an offer
Book in just minutes

Or request an estimate...

To see the available rooms and prices, fill in your travel dates.

If, for you, part of the pleasure of traveling is having the opportunity to get to know new places and the people who live there, and you'd rather experience the intimacy of a family home than the glitz and glamour of a luxury hotel, you'll love Giardino dell'Arte: a charming, owner-run guest house on the Island of Capri.

Within minutes of the historic center of Anacapri, Giardino dell'Arte is located in the area of the town called La Vigna, on land which, as the name suggests, was once almost completely carpeted with vineyards. From each of the guest house's terraces, sweeping views over the green countryside and as far as the piercing blue sea surrounding the Island of Capri can be seen.

Giardino dell'Arte has just five individually furnished bedrooms, each named after one of the typically Mediterranean plants growing in the gardens surrounding the guest house. All rooms have their own outdoor area and are equipped with air conditioning, flat screen television, and mini bar.

For great part of the year, breakfast is served al fresco on the panoramic, porticoed terrace. On warm summer evenings, holidaymakers might easily be found lingering until late in the garden, an idyllic spot in which to relax after a day spent exploring Capri's fascinating museums and churches or sailing around the island's dramatically beautiful coastline.

"The decor in the bedrooms was beautiful and simple, we slept wonderfully well!"

"The charming owner, Franco, made our stay really special, giving us all sorts of advice and precious insider information. "

"The bedrooms give a real sense of peace and tranquility and the view from the terraces is spectacular. "

"I would recommend the hotel to anybody wanting to enjoy a relaxing holiday and, at the same time, be within easy reach of all the Island's main tourist attractions."

Dafne A. over60 years old

"In the well kept garden, brimming with beautiful flowers and plants, guests relax on inviting hammocks."

"We were made very welcome. Franco was very helpful and charming. A great little haven with lovely patios and garden areas. A fantastic views of the bay of Naples. A pleasant walk into the town. "

"Will go back!! Lovely garden retreat away from the maddening crowds, but with easy walks to bus lines to the sites. Franco treated us like friends of the family. Fantastic beach recommendations too!"

"Franco was a wonderful host, always happy to help, give us advice and recommend places to go. The 'Olive' room had a beautiful view looking out to Ischia which we admired whilst eating breakfast "

"From the Giardino dell'Arte's guests enjoy fabulous views of the sea and the Island of Ischia. "

"The standard of the bathrooms and showers is high enough to beat even that of a four star hotel. "

TripAdvisor Traveler Rating Based on 565 recensioni »

Beautiful place, amazing garden with many little paths and corners with tables and chairs to be alone, having a glass of wine and/or reading a book or enjoying amazing Ischia or Napoli views. There... more »

We stayed with Franco and his kind family  at this lovely  hotel just for a couple of days last summer and it was  a wonderful stay.  Franco was very helpful and picked us up by the ferry, helped  us... more »

We stayed at Il Giardino dell’Arte for a week at the end of October, 2019. The staff of the hotel, and particularly Franco, the patriarch of the small albergo, was exceptional and they made our stay... more »

Giardino dell'Arte is located close to the center of Anacapri, in the area known as "La Vigna". The Church of San Michele, the chairlift to Monte Solaro, and Anacapri's Villa San Michele and Casa Rossa museums all lie within easy walking distance of the guest house.

Easily reached by taxi or bus, Giardino dell'Arte is situated just 20 meters away from the nearest bus stop, where guests can catch buses to the Grotta Azzurra, Capri, the Piazzetta and all of the island's principal beaches.